Hello, and welcome to the Leadership Done Right Podcast, Episode 29: Developing a New Culture Through Leadership with Kane Ioane.

Get to Know Kane 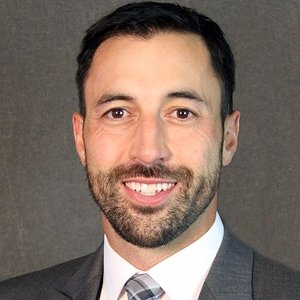 Our guest today attended Montana State University where he earned his bachelor’s degree in Secondary Education. While there he was a 4 year letter winner in football. He was also named to the First Team All Americans in 2003 for his exceptional play at Safety.

The Start of His Football Coaching Career

After graduation he began coaching football. He spent 13 years as an Assistant Football Coach for Montana State including stints as Co-Defensive Coordinator and Assistant Head Coach. As a player and coach, he helped MSU win six conference titles.

The Move To University of Washington

Earlier this year, he became the Assistant Football Coach specializing in Defensive Quality Control at the University of Washington. He now coaches with Coach Chris Petersen, who is one of the most sought after coaches in college football.

In addition to his football career, he is also a fellow podcaster. He and his brother, Kip, started the “Cross the Stream” podcast this summer and I have to say I am an avid listener.

My Connection with Kane

I have a long-time friendship with our guest today. We both grew up in Billings, MT and went to junior high and high school together. We also had several of the same classes and played on some of the same football teams. Our guest today is Kane Ioane. Kane, welcome to the show!

Networking for success is about what you know AND who you know. Through Kane’s hard work and networking, he earned the opportunity to coach at the University of Washington with Coach Chris Petersen. His experience proved that you must work hard to be the best at what you do. You must also develop strong personal connections with your team and others in your field. That develops camaraderie and enlarges your support network for success in the future.

“Networking skills pertain to every field. You have to have those people skills. It doesn’t do you any good if you are really good at something, but no one likes you!” If you are not liked, people won’t want to hear what you have to say. “If you have those personal skills and you’re able to connect with people, it opens up doors for you.”

Developing a New Culture Through Your Leadership

Kane went through two defining experiences that helped him learn the importance of developing a new culture through leadership.

From Teammate to Coach

He went from being a football player at MSU one year, to being a coach the following year. Kane went from sharing the locker room to being the mentor and leader.

This transition is very applicable to any working environment. “If you’re a boss or manager, you want to be able to separate yourself from the rest of the employees, while still having connections with those employees. Have an after work drink or go to lunch with your employees, but still maintain that separation of manager and friend.” It is important to be able to separate yourself to make appropriate leadership decisions while still maintaining the connections with others.

Kane was given the task of turning the defense around. The goal was to be more successful. In this transition, Kane had to again put himself in a different role. Coaches that were essentially his peers were now answering to him. He was now in their “manager/boss”.

During those transitions the key was to focus on building that new culture first. He focused on getting everyone on the same goals and speaking the same language.

There were some key takeaways that helped him develop the new culture:

So how do you do that? You can lead by your example. Bring people together to talk about the culture. Discuss in groups what the core values will be and how they will be implemented and followed. “Make sure first and foremost that [everyone] is on the same page, speaking the same language, and building that culture.” Everything will grow from the culture you develop.

What’s the best way to connect with Kane?

If you could go back in time and give yourself advice when you first started your leadership journey, what would it be and why? Don’t be afraid of confrontation. That is always something that leaders and young people in particular struggle with; stepping out of your comfort zone and getting uncomfortable at times. Sometimes that means confronting whatever it is that may be, and not being afraid to voice your opinion. Be strong and understand that as a leader, there are times where you have to be uncomfortable.

Thank you for listening to this episode of the Leadership Done Right Podcast. If you would like to listen to the next episode of this podcast, please subscribe on iTunes, Stitcher, or whatever other podcast platform you use. You can also check out the full list of episodes and platforms with this podcast at LeadershipDoneRight.com/LDRPodcast.

I would like you ask you a special favor. If you enjoyed listening to this podcast, I would really appreciate it if you go to iTunes to write a review of this podcast with your feedback. I read every review and will do my best to make this show the best it can be based on your feedback. That will also increase the visibility of this podcast and help other great listeners like you to hear about it.