You are here: Home / Archives for Vision

This is a guest post by Malany Clark. Malany works for a top client firm based in the Gulf Areas, but she originally belongs to Australia. Her interest in social media and networking makes her an active blogger. For more details follow her at Facebook–Twitter–Gplus.

Being a leader is not just showing that extra charm, quality and a dominating behavior. It requires much more than that, effective leaders show such dynamic qualities that it becomes next to impossible not to be intimidated by them or ignore them. These leaders display a perfect balance of traits, which inspire others and have the ability to achieve anything under any circumstances when given a team or a force to work with.

The fact and the point that leaders are created and not born, means leaders should and will continue to evolve or learn skills which make them exceptional and dynamic. Their dynamism will come from all the experience they have and amazing communication skills that they possess over a period of time. These leaders are called dynamic leaders of their time. If you aim to lead a workforce or are the leading ones and now looking to take your leadership skills to a whole new level, then learning the following four traits of a dynamic leader is going to really help you. END_OF_DOCUMENT_TOKEN_TO_BE_REPLACED

This is a guest post by John Kelly. He is a top class academic writer who also actively gives out speeches and lectures on leadership seminars. Currently, he is connected online with the Write my custom paper at AoneEssays.net Company. His major responsibility is to provide assistance to the fresh students who are willing to make a prosperous leader. 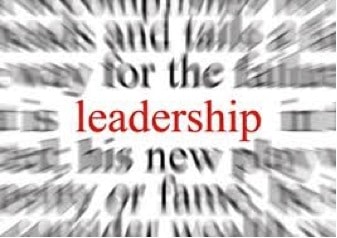 What is leadership? Are leaders born? Can a person be modeled into becoming a leader? Everyone asks such questions when he or she talks about leadership and leadership traits.

To start with, leadership is the ability to lead others and guide them in order to achieve an objective or a milestone. A leader has the quality that everyone looks up to and wants to take inspiration from.

Furthermore, the fact that leaders are born rather than made is a complete myth. Yes, it is pretty much evident that people, some of them are born with natural traits of being confident and becoming a leader, but this doesn’t mean that anyone else cannot be trained or remodeled to become a successful leader. END_OF_DOCUMENT_TOKEN_TO_BE_REPLACED

Not all leaders are created equal. What’s more, just because a person is in a position of leadership doesn’t mean they belong there. This is a serious problem that many companies struggle with. They have a problem recognizing what a leader is. They will spend money and time on diagnostic tests, evaluations and assessments to help give them insight on an individual’s leadership ability but in reality, they only need to ask themselves one question: Does this individual produce results? 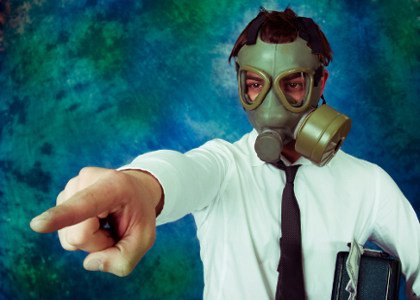 As John Maxwell said, “There is no success without a successor.” Leaders will help build other leaders which will drive your company forward.  Toxic leaders, on the other hand, if left alone will eat away at your company’s culture and success. To identify toxic leaders, take a look at the following topics typical of a leader that will eat away at a company’s success.

Leadership without vision is destined to fail. A toxic leader doesn’t have a clear vision of which direction to lead his team in. It can be likened to the blind leading the blind. Without vision a toxic leader cannot rally his team around a common goal and motivate them to perform at their best. END_OF_DOCUMENT_TOKEN_TO_BE_REPLACED 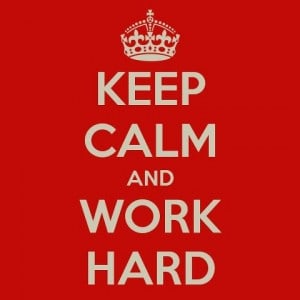 It is very difficult to get anyone to do anything for you if they don’t trust you.  Before you can get anyone to work hard, you must build trust with them.  One of the quickest ways to build trust is to help them know that you sincerely care about them and their success.  You must show and have a genuine desire to help them succeed.  If you don’t have this desire on your own, know that if they succeed, it will make you look good as the leader.  Work hard to overcome your pride and selfish desires to develop trust with those you lead.  If you don’t overcome pride, it will lead to problems accomplishing the established goals.

END_OF_DOCUMENT_TOKEN_TO_BE_REPLACED

Three characteristics found in leaders with leadership excellence are vision, charisma, and innovation.

Leaders that have obtained leadership excellence have a vision.  Their vision is a clear image of the future they see for themselves and those they lead. They have a strong set of both short and long-term goals and their vision inspires those around them.

So how do you become a leader with a vision? Start by setting goals. Be sure that those around you know your goals. Make goals that require you to stretch beyond your comfort zone using SMART goals. As others begin to know of your goals they will be inspired to set their own goals.  By having your own vision of the future, you allow others to have a vision. END_OF_DOCUMENT_TOKEN_TO_BE_REPLACED

A little while back, I spoke to my friend Jason. Jason was a mid-level manager at the company where he worked, but he was still responsible for creating the vision and setting clear expectations. In his position, he was a leader in every sense of the word and faced all the regular leadership challenges. 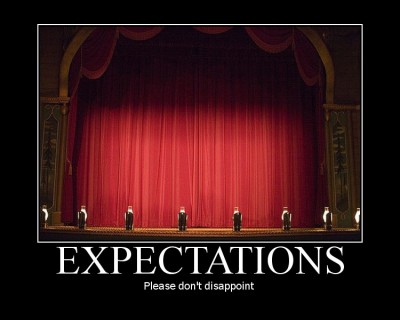 One particular challenge that Jason faced came from the inability of others to set clear expectations. As a mid-level manager, Jason reported to leaders within his organization. They regularly gave him big projects to work on that helped move the company towards some of the overall corporate goals. At the time I spoke to him, he had received a number of projects from his superiors. His frustration at the time was that they had not given him clear clear expectations.

The importance of clear expectations

As Jason began working on the projects, he asked for additional clarification on what he should do. They clarified to the point where Jason felt he had clear expectations, so he began working towards the completion of the projects. In many cases, Jason’s vision for the projects was greater than the vision of his superiors.  He worked very hard on each project to get the projects done. Once he was done, he presented his work to his superiors for approval. They would inevitably say he had done a great job, but he needed to add some things here or change some things there. Many of the changes were extensive and required a lot of work. END_OF_DOCUMENT_TOKEN_TO_BE_REPLACED