“The proof is in the pudding!” What does that saying mean to you? To me it means that your actions speak LOUDER than your words. As leaders, there are so many things you do on a daily basis with people watching you. You must always be aware of that fact. You set the example that everyone else will follow. 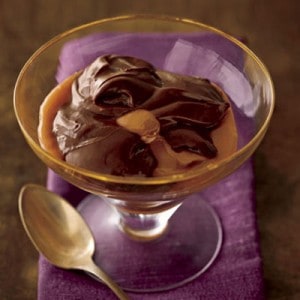 Since you set the example, you must do all you can to set the right example. Several years ago I had a leader that was a nice person, but he set a very poor example. I had a weekly meeting with him and my coworkers. At each meeting he told everyone how important it was to provide good customer service.

He would also stress the importance of following all the other company rules. Once the meeting was over he would be the first to break those rules. He would show up late, fail to greet the customers quickly when they came in, or make some other mistake. It didn’t take long for everyone to lose trust in him as the leader.

After weeks of hearing him tell us we should follow the company policies and procedures, we began to tune him out. We saw him ignoring his own standards blatantly in front of everyone. At that point, his actions overpowered his words. He had lost his effectiveness as a leader.

The employees still tried to do their best because they had an internal desire to do a good job, but they pretty much tuned out the leader. He was not an inspirational leadership and completely lost the respect and attention of the employees.

You Set the Example

As the leader, you set the example for those you lead. They will follow your example if your words are consistent with your actions, but the minute they see inconsistency in your message they will lose trust in your leadership. You can speak until you are blue in the face, but if your actions don’t follow suit, your words will have no value.

Have you ever seen a leader that was inconsistent between his/her words and actions? How did you respond?Please comment in the comment section below!